This month will continue the Sc-Fi trend with Star March! All Star Trek and Star Wars items will be on sale, and we commissioned a crossover story from the creative mind of thatkitkat via Fiverr.

Everyone was exhausted. Luke, Leia, Lando, Chewbacca, C-3P0, R2D2, and a recently acquired (and unfrozen) Han Solo relax in the Cockpit of the Millennium Falcon.  They finally had retrieved Han Solo from Jabba the Hut’s clutches.

Leia gazed out into the deep abyss of space, reminiscing the events that just took place. “Thank goodness we made it!” She breathed, a sigh rushing from within her. R2D2 hummed in agreement. C-3PO nodded, a content whine emitted through his processors. “Yes. I would believe we took the correct course of action in regards to escaping that horrible fiend.” Lando seemed to still be taking in his close call at the Sarlacc Pit. 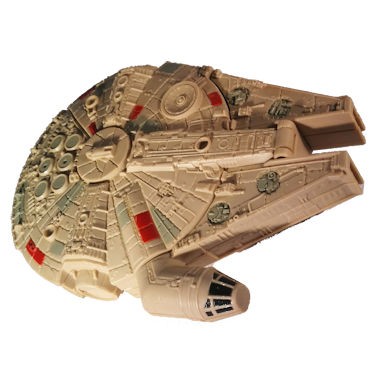 Han, still recovering from his previous condition, placed his hand on the dashboard in front of him. “She still running like she’s suppose to?” He questioned lazily, gesturing to the ship that currently carried them. “ We’ve been keeping up with her just fine.” Luke laughs. Suddenly, something comes flying towards them from the abyss. “Uh Oh.” C-3PO voiced, concern on the edge of his metallic voice. “You could say that again.” Han grumbled, a glare darkened his features. As the object approached, it became clear that it was not one, but three objects, three TIE Bombers to be exact. Han and Chewbacca made preparations, flipping switches, turning dials, pressing buttons. Leia held tightly onto her seat. As the TIE Bombers drew in closer, green lasers began blasting away at the Millennium Falcon. Han grimaced. “Luke! Get to the gun turrets, Chewie and I will try and maneuver!” Lando sat back in his chair trying to brace the green blows that were trying to penetrate the Falcon’s haul. “I’d hold on if I were you.” Lando muttered. Thankfully, fire began returning towards the TIEs. One eventually exploded in an array of flames, a ring of fire erupting from the ship. A smile tugged at Leia’s lips. “We’ve got this…we’ve got this.” She thought to herself. More streaks seemed to be closing in from a distance. Luke caught sight of them. “Great, I was thinking I could use some more practice.” But, as they flew closer, it was easy to see that this was not going to be easy. Han and Chewbacca drove down into a quick dive, forcing a wild chase. Now, with six TIE Bombers behind them they quickly jutted upward, causing two to collide and, in the fire, take another out with it.

“We’ve taken extensive damage! If something doesn’t look into it now it may extend further!” C-3PO was obviously panicked, as he clumsily fell back into the cockpit. R2D2 clicked in agreement behind him. “Why don’t you two make yourselves useful and check it out yourselves?” Han snapped. Chewbacca’s brutal growl seemed to convince C-3PO to inspect the damages. “We’re gonna have to jump to light speed.” Sighed Han after a few more shots made their way through the Falcon. Chewbacca moaned in agreement. Luke climbed back down into the cockpit, quickly followed by the two droids. “Everybody strap in.” warned Leia. A high pitch audible whine echoed through the ship. Time and space seemed to bend as the stars gave way, appearing to stretch and condense. And then, there was nothing.

“Welcome. I am Lieutenant Commander Data of the U.S.S Enterprise. You and your friends sure took on an awfully a lot amount of damage.” A voice echoed through the darkness. R2D2’s photoreceptor powered up. A man stood before him, wearing an assorted black and  yellow suit. R2D2 knew immediately that the man who spoke was a droid, like him. “Where are the others?” he asked in a series of clicks. “They are still healing. That other droid took a quite bit more damage than you received. They do seem to be healing up rather quickly however.” The pale droid’s face now wore a smile, however it seemed forced and practiced. R2D2 checked his processors, assessments, and wheel calibration. Everything seemed to be working fine. “Where are we?” He whistled. “What happened?” Data’s golden eyes lit up. “Why, it is quite simple. You and your friends were approaching Warp speed when you were shot at in your Core Processor while the necessary Hypermatter Particles were still being produced.” He explained timely and matter-of-factly. R2D2 became confused. “Warp Speed? Isn’t it called Hyperdrive?” R2D2 wheeled his way towards the peculiar, weirdly dressed, awfully humanoid droid. Data just smiled as if nothing was said. “Are you a part of the Rebellion as well?” Data frowned in an almost reprimanding way. “We wouldn’t want to cause any trouble would we, why would we join a rebellion?” Data gave off a silly, haughty laugh that caused R2D2 to jump, with its loud booming stutter. They talked for hours, sharing stories, experiences. R2D2 began to realize that this droid, was not a part of the Empire either however, with their brightly colored clothing, the technology of the ship, even the way they spoke and looked it was as if they were from a whole other Universe. 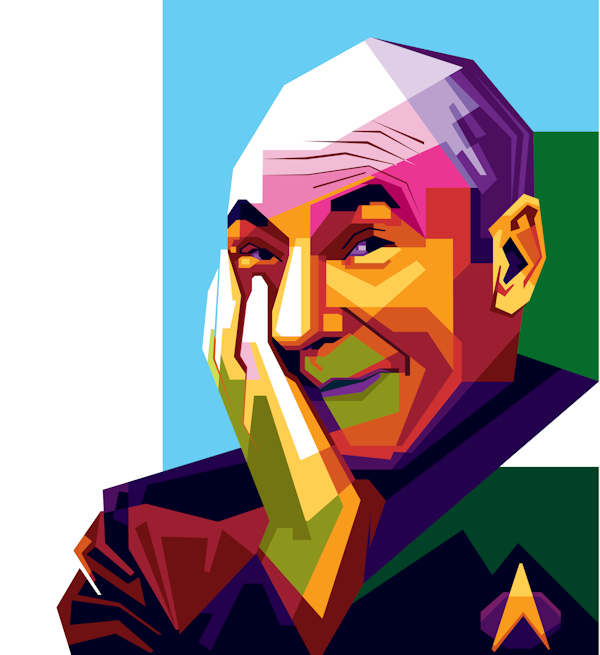 Suddenly a bald man with strong yet pleasant features came in through the door. “Hello, I am Commanding Officer Jean-Luc Picard. It seems like your friends have awoken.” A warm smile decorated his face. “I am pleased that you are all recovered, however I do have many questions.”

Hours later, the gang, refreshed and ready to take on a whole league of Star Destroyers. They waved goodbye to the kind, oddly clothed members of the U.S.S Enterprise. Data nodded knowingly at R2D2. “If our worlds meet again.” They boarded the Millennium Falcon, and hit Hyper Speed, watching the blue, red, and yellow colors disappear.

Browse through our Star March offerings!