Cthulhu is a popular dude, and keeps rising in popularity as more audiences seem to learn about his existence. But why is he popular? Good question!

H.P.Lovecraft created the Cthulhu Mythos universe during the roaring 20’s and encouraged many other authors to write fiction using his universe setting. As such the Cthulhu Mythos became a public domain universe and is free to use by whoever wants to use is. This free availability is one of the reasons Cthulhu became a popular IP to use for many franchises such as movies, boardgames, comics, books. You name it and it will have some Cthulhu Mythos content available. These media have served only to strengthen the awareness and presence of the Cthulhu Mythos.

Due to the many writers using the Cthulhu universe as a background setting for their stories the presence of Cthulhu spread quite fast, causing a bigger audience to be introduced to the setting while laying the foundation for its popularity. 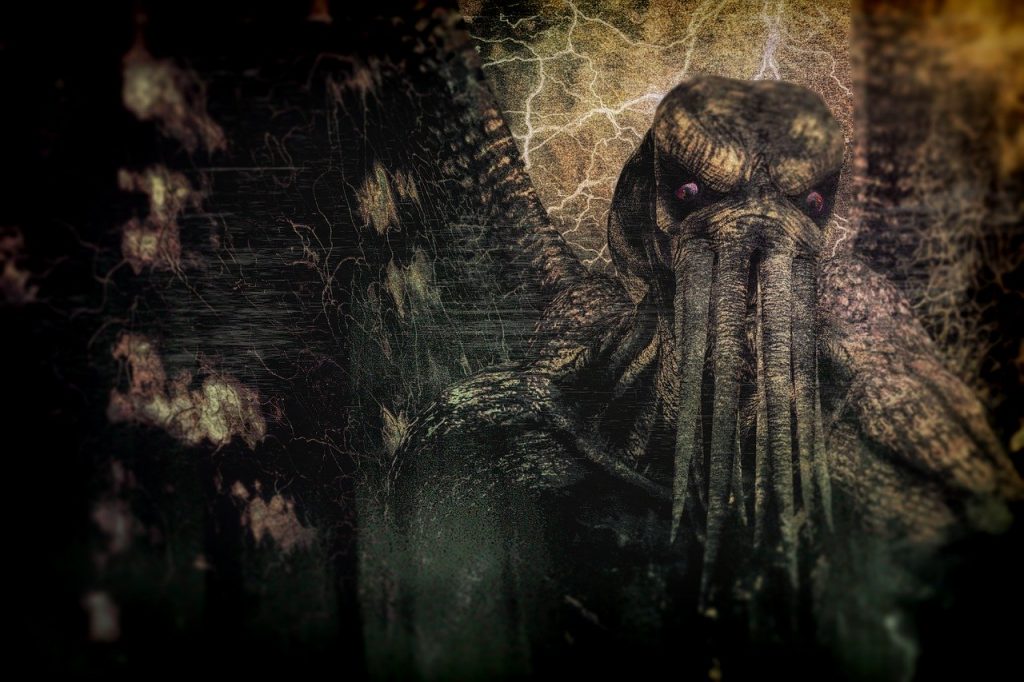 A big spike in popularity was caused with the introduction of the Call of Cthulhu RPG by Chaosium in 1981. It was designed by Sandy Petersen, who is a really big fan and content creator for anything Cthulhu. Sandy contributed not only a lot of awareness to the Mythos, but also added many of his own personal details to the Cthulhu Universe. As of this day Sandy is still creating Cthulhu related content such as books and games. Adding only more and more popularity and hype to the mythos-genre.

Finally, I think that a big influence to the popularity of Cthulhu is the horrific view on theism. God is portrayed as a multidimensional horror that drives you mad instantly when presented with its true form. His popular representation as a gigantic humanoid being with a squid head, instead of a grandfather-like friendly old man with a grey beard is just something that speaks to the imagination of many, theists and atheists alike.

So, what do you think is the reason behind Cthulhu’s popularity? Tell me in the comments!

Images by Waldkunst from Pixabay

Due to a holiday we will not be able to ship out orders from August 5th to August 22nd.