And with this announcement it was over. Prematurely if you ask me, I feel like there was certainly enough content to keep this game going for a few more years. Alas, the money printing machine didn’t roll fast enough for Ha$bro, so they pulled the plug.

As with most abandoned TCG’s (and LCG’s for that matter), there will be members of the community rising up to keep the game going; Enter The Ark!

The Ark picks up where WotC left of and just recently released there first set for the Transformers TCG, aptly named The Ark: Wave 1 and fan are flocking towards the print files. Which can be found here: https://www.dropbox.com/sh/k9jhamezryi1dg3/AAA8ZCP05jp1SVOcwyInK5MYa?dl=0

The Ark started out a while ago with an interesting release called a Raid, in which you get to pick a fight with Unicron, alone or as a team. The raid is deemed pretty hard, where Unicron will win unless you manage to deal massive damage while taking out the support characters fast. Best way to win would be to build a deck specifically to take on this raid, but this might be deemed lame and beat the purpose of the challenge.

A full-fledged expansion set released on October 30th 2020. It features a host of fan-made cards that adds a lot of things such as stratagems for older characters cards, including for combiners! Using these for casual play is great, as long as both players get to use. The cards seem greatly overpowered against older wave cards.

I wonder how this wave 1 of The Ark will fair against the Unicron bad. boy! 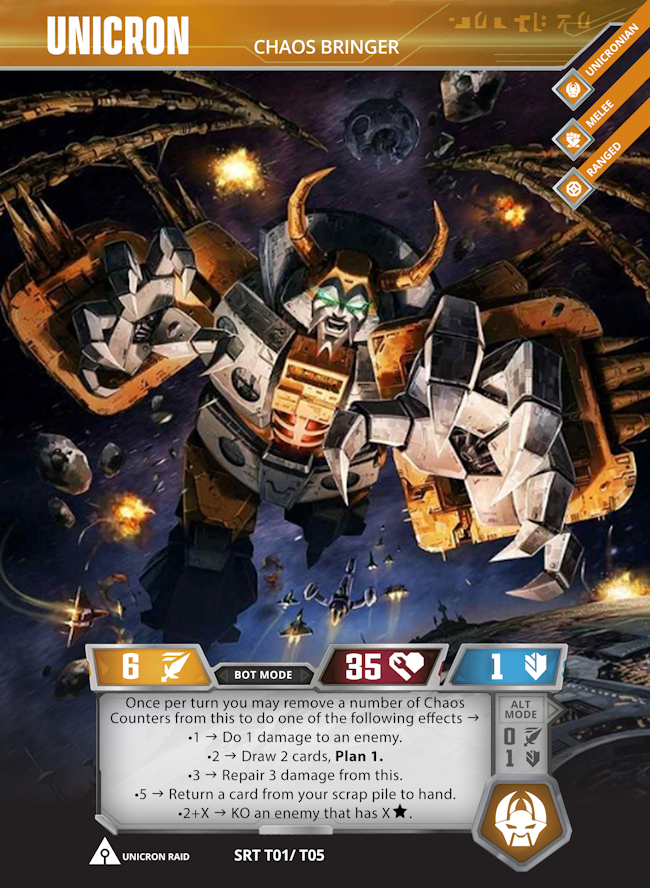 All in all I think the guys from the Ark did a great job in compiling this first fan-based expansion for the Transformers TCG, and I can’t wait to see what Wave 2 will bring.