Update 15-05-21: Someone posted this new list of leaks on Reddit. I have my doubts about it for a few reasons. First it leaks some information we already know such as Dakkon being in the set, it being a planeswalker has not been confirmed officially, but it’s almost impossible for him not to be a planeswalker. Old borders have already been confirmed, so that’s old news too. Although an old-borered planeswalker would be nifty! Another thing to make me doubt this list, is the fact that there is a silver. We’ve already seen plenty of slivers in MH1 and TSR, so adding more is highly unlikely (albeit not impossible)

Update 08-05-21: With the new reveals last week, some of the earlier leaks have been proven true; there will be a counterspell in Modern Horizons 2, which is wow? Let’s see those snapcaster mages prices rise true the sky! With this leak being true, I have good hopes for the rest of the leaks (see below) Now for some more speculations, which are made possible due to the packaging leaks!

Rumor has it that the left character is Geyadrone Dihada, while the one on the right possibly is a new named character (yet to be revealed). Stretching up the image gives us a better look. Geyadrone Dihada would certainly make sense in this set since the key art on the packaging depicts the one and only old-swalker Dakkon Blackblade. Geyadrone is a demon who ignited Dakkon’s spark in exchange for him forging the Blackblade for her. So they have a very obvious connection and a good reason to both show up in the same set. 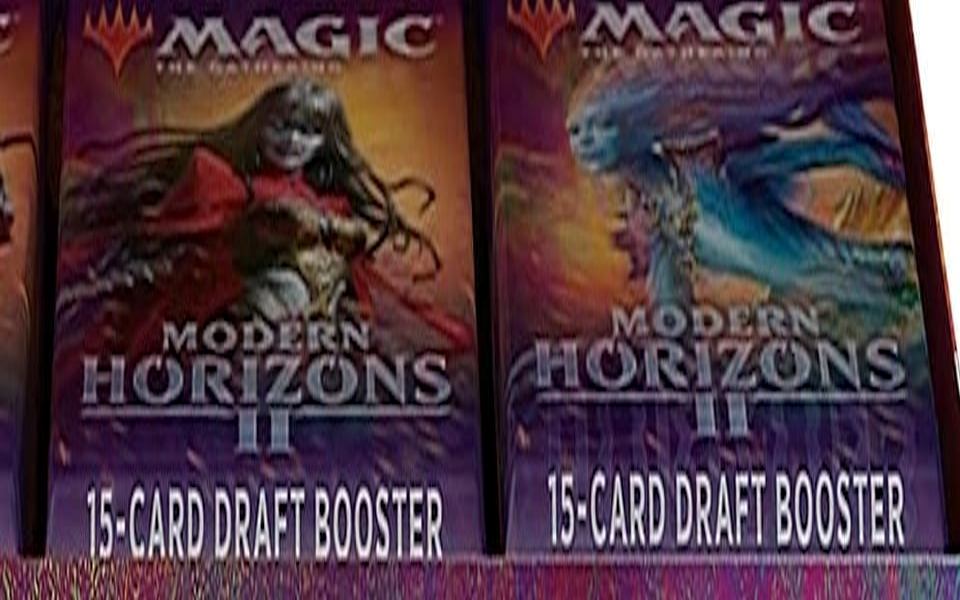 Next up we have the packaging leak from the Japanese Amazon pages for the Collector Boosters, depicting a very bad-ass looking squirrel! Expectations are high that this might be a new legendary squirrel lord, or even maybe a squirrel planeswalker!? A squirrel planeswalker makes sense, since there also is a leak talking about a planeswalking insect. These 2 could just as well be mortal enemies, or a new dynamic duo, my body is ready for both!

Update 13-4-21: With Kaldheim, Timespiral and Strixhaven out of the way it’s time to start milling the rumors again, and this time for Modern Horizons 2.

Modern Horizons 2 will have upcoming cards that are obscure lore legendary characters, we love putting those into supplemental sets. Source

This image has been floating around on Reddit and Imgur for a bit now, turns out that some of the predictions here for Kaldheim and Strixhaven are true. So my guess is the Modern Horizons bits will also be quite accurate. 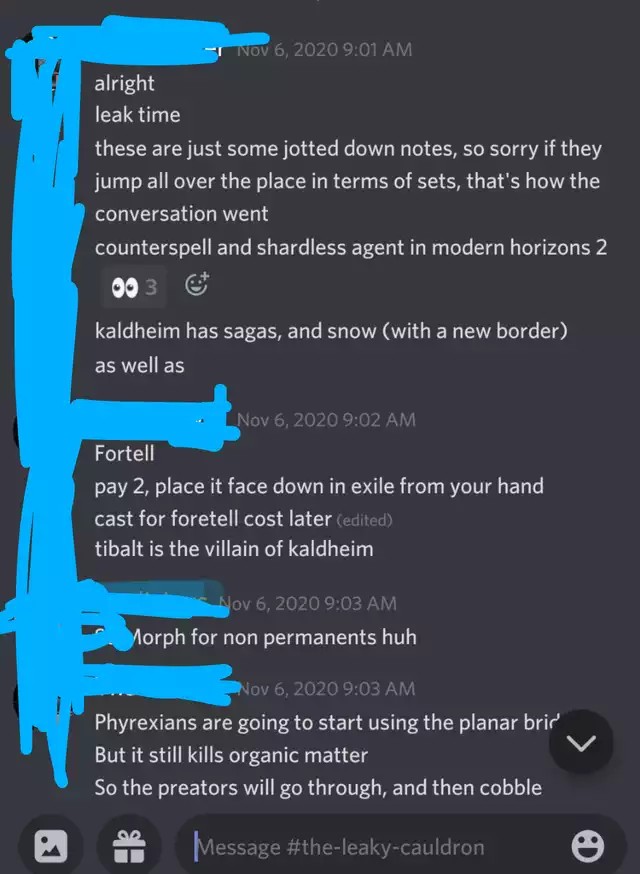 Here’s a write-up of the Modern Horizons things in this image.

Some new cards include:

From the MTG Wiki: Asmoranomardicadaistinaculdacar, or Asmor for short, was a female wizard who summoned a Lord of the Pit named Vincent but ran out of stuff to feed it. Being a great cook, she escaped being eaten herself by entering into his service as a chef for seven years and seven days. During this time, she wrote The Underworld Cookbook and had twenty copies made. Because only two copies sold in five months, she ordered two imps to burn the remaining copies. However, the line to the incinerator was too long, so they instead used a garbage chute that led to the overworld. She was finally free, only to find herself hunted by all the creatures that she describes as delicious in the book.

Exploring this lore it is my guess we will also see the cookbook as a card in MH2; probably having some effect to sacrifice creatures to create food tokens. Maybe we’ll even see a Vincent cameo, who knows?