Update 27-12-2021: New cards have leaked for during the Christmas weekend.

The Italian card (google translated below) confirms a new batching mechanic; Modified, which means Creatures that are equipped, enchanted, or have counters are modified. Why they not include Mutate in here, is a complete riddle. Also the Kami is quite interesting as it’s a Saga that transforms into a creature

The Modified mechanic is not entirely new, as is has been used in a Mystery Boosters playtest card before, albeit in a slightly different form. This mechanic is highly like to confirm why the keyword counters are added to the Beadle&Grimm lootbox. So, here it is; we see the return of keyword counters in Neon Dynasty! 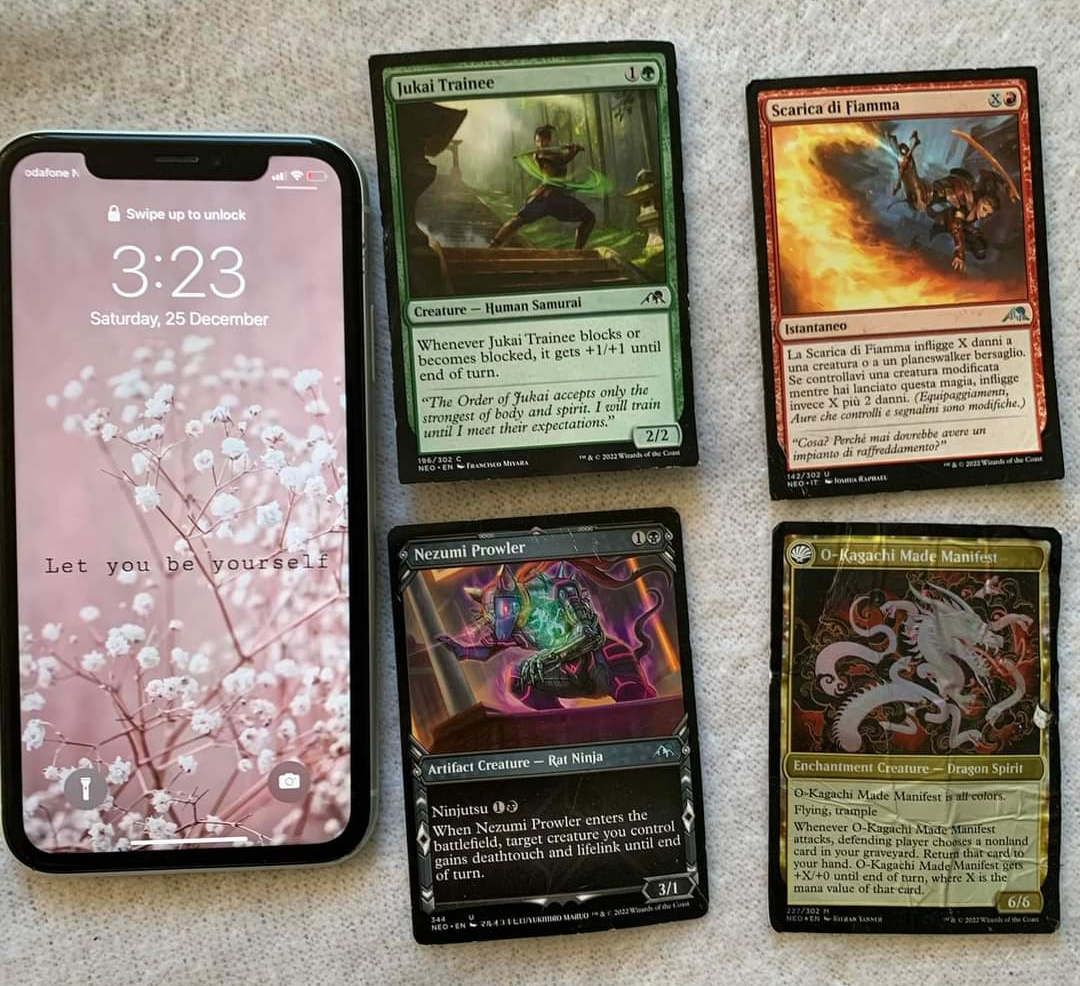 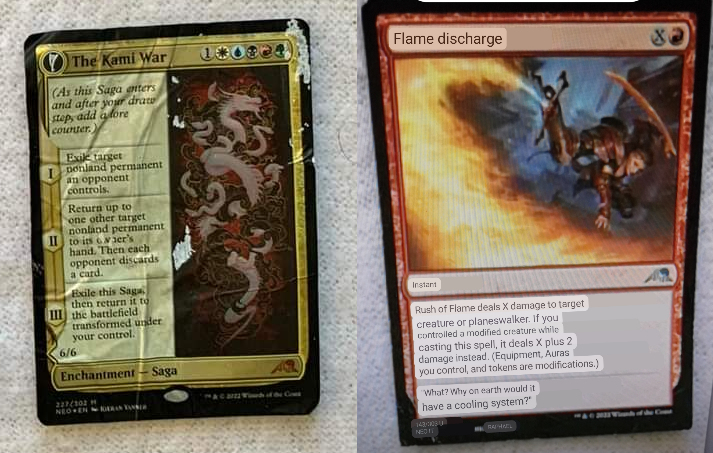 Update 19-12-2021: It appears Wizkids has updated their upcoming products listings, and it includes some interesting entries. References to Kamigawa: Neon Dynasty are not made in these listings, but I think this pretty much confirms Jin-Gitaxias visits Kamigawa as the Reality Hacker especially since when you mouse over the link, you will notice the url contains the words Reality Hacker ..

Update 18-12-2021: Chances are quite high that Kamigawa: Neon Genesis will features the return of Keyword counters. This conclusion follows the announcement of Beadle&Grimm’s Kamigawa Lootbox featuring metal keywords counters, but also Ultrapro will be releasing keyword counter dice in 2022. Due to the name of one of the Commander precons for this set being “Upgrade Unleashed”, the counters are expected to be at least used in here, with ofcourse a big chance it will be featured in the main set too! 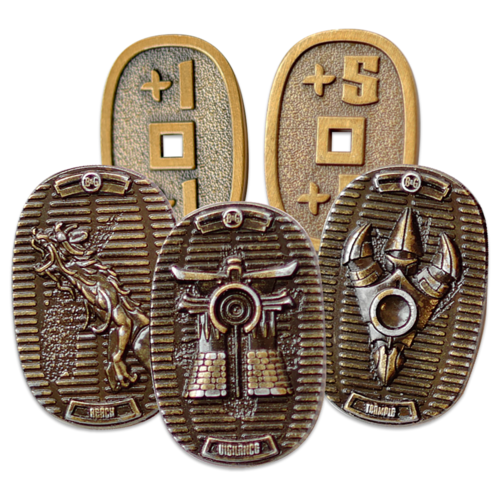 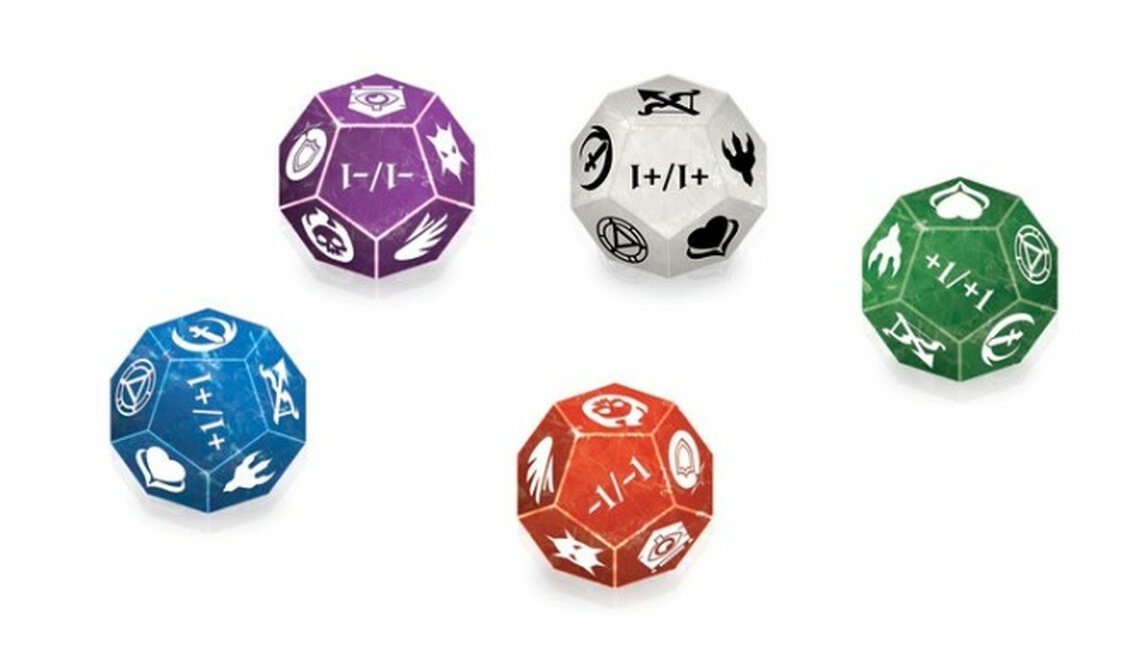 Update 08-05-2021: In addition to more mainstream suffixes (e.g. com/org/net), WOTC has recently started registering .gg domains for upcoming sets, apparently starting in late 2019 with Kaldheim. WOTC has registered .gg variants, none of which were registered by proxy, but by WotC itself directly! Kamigawa Neon Dynasty has “Wizards of the Coast” as its listed registrant (which also was registered at the same time as known com/org/net variants). So, that’s quite the confirmation about this set being real if you ask me.

Update 14-04-2021: A timeline for future products has been leaked, confirming the Kamigawa set for Winter 2022. The leak also confirms our Shandalar rumor, as well as both the expected returns of the Phyrexian and Eldrazi threats. No confirmation about these 2 being connected though, I really hope they are because 2 interplanar threats slugging it out against eachother would just be too cool!!

The Reddit user known as Prid3, who has a track-record for correct leaks, seems to confirm this list as real during a short talk with u/LeBubonicPlague. 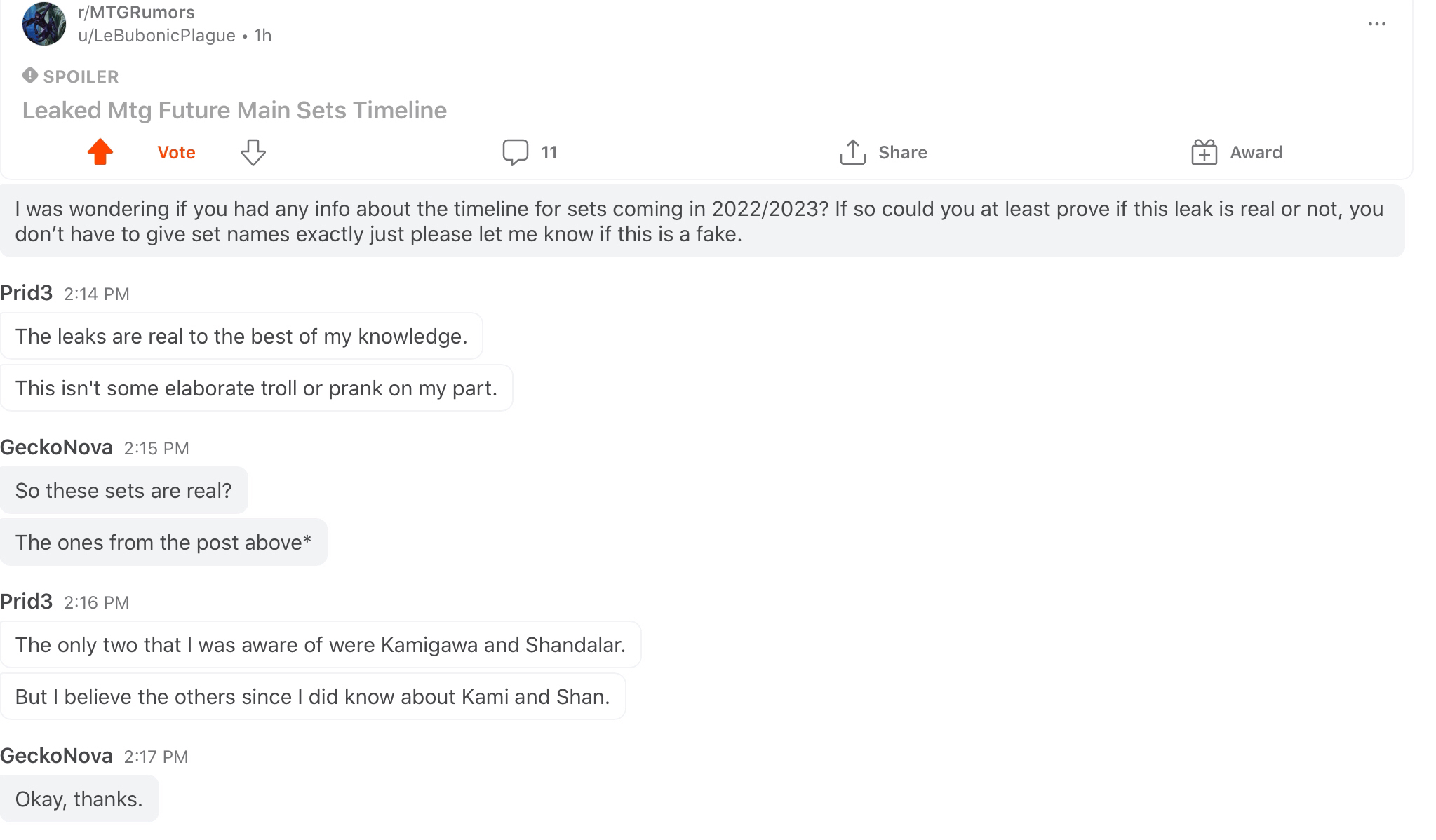 October 12th 2020: 4 new domains were registered related to the Magic: The Gathering plane Kamigawa. Hinting at a new upcoming set set in the future of the last Kamigawa block, names Kamigawa: Neon Dynasty. The future of Kamigawa looks to be designed as a world more technically advanced than any that’s been seen in magic thus far; a cyberpunk future.

Many believe the upcoming set will be steampunk inspired, especially due to the steampunky Ingenious Infiltrator, who is a Vedalkan Ninja, sporting a steampunk like outfit with goggles, rivets and gears. But due to the spoiler planeswalkers-art in past surveys, I am more keen to believing this to be a cyberpunk setting. Let’s take a look at the planeswalkers that were featured in the surveys.

This Planeswalker is a charismatic, charming and savvy infiltrator with a talent for insinuating himself into any organisation. He grew up in a futuristic Japan-inspired world as part of the criminal syndicate that ruled the neon-lit underbellies of the world’s metropolises, but was betrayed by his group during an operation gone wrong. Now he’s an independent operator with his own agenda – to build a multiverse spanning organization of informants and spies with himself at its center. Though he’s out for himself, he believes that what’s good for the multiverse is probably good for him, so he won’t hesitate to aid a good cause if he can see the benefit.

This Planeswalker is a snarky, hyper-confident operative whose unrivaled skills as a spy and infiltrator place him at the heart of intrigue in this futuristic Japanese-inspired world. Formerly a mercenary, his life changed when he was hired to infiltrate a secretive, shadowy organization that was rumoured to be plotting a coup against the imperial court. Once among their ranks, however, he realized their actual goal: to explore radical new frontiers of magical power and free the world from the constraints of the past. Deciding he’d found an organization worthy of his loyalty, he pledged his services to them and quickly rose among their ranks to become one of their most trusted and valued operatives.

Aside from being highly skilled in all aspects of espionage and guerilla warfare, this Planeswalker has the power to telekinetically lift and move freestanding objects with his mind. He can cause objects to move slowly or quickly and has fine motor control over an object while he’s manipulating it. He can lift/move objects telekinetically that he could move using his physical strength, including forming floating walkways out of objects that allow him to traverse distances he wouldn’t otherwise be able to cross. He frequently uses his power to slip spy drones into “secure” rooms or stealthily take out guards while staying hidden within a crowd.

This Planeswalker is a warm, open, fiercely loyal special ops agent who was sworn to protect the ruling regime on a futuristic Japanese-inspired world rife with political tension and constant technological change. Dismissed after failing to expose a conspiracy against the imperial court, he risked exile by going rogue to track down the culprits. After discovering that the threat came from beyond his own world, he became a guardian determined to defend his home from extraplanar threats.

This Planeswalker can telekinetically manipulate objects or bend matter in the environment around him to temporarily change its shape. This matter-bending effect cannot permanently affect or change an object, and anything affected by it will revert to its original state once the magic is released.

Further suggested names for this set, originally also sourced from the survey, but which apparently did not make the cut also hint towards a neon future of Kamigawa.

Possible cards for this set

During the course of Magic history cards are released in various ancillary sets which do not have a clear connection to known planes of settings. Here will be some highlighted that might be related to the new Kamigawa set: