Images have leaked of some upcoming D&D sets! First off we have an adventure book set in the Magic: The Gatherinng world of Arcavios, home of the Strixhaven school of Magic. 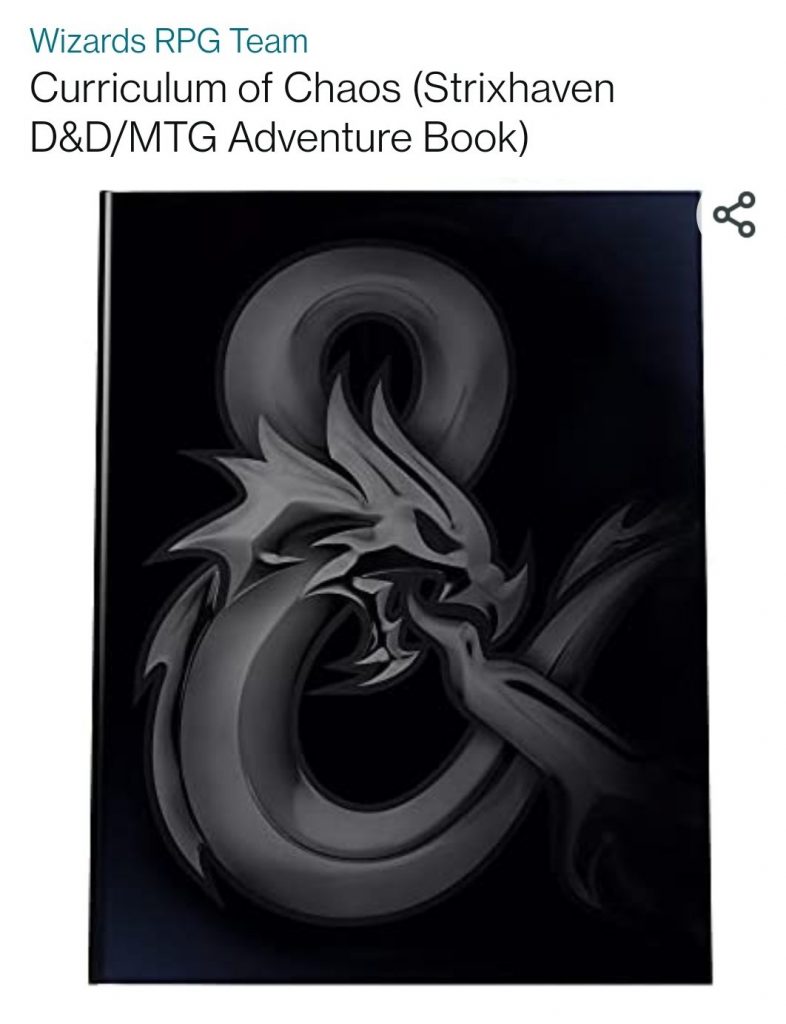 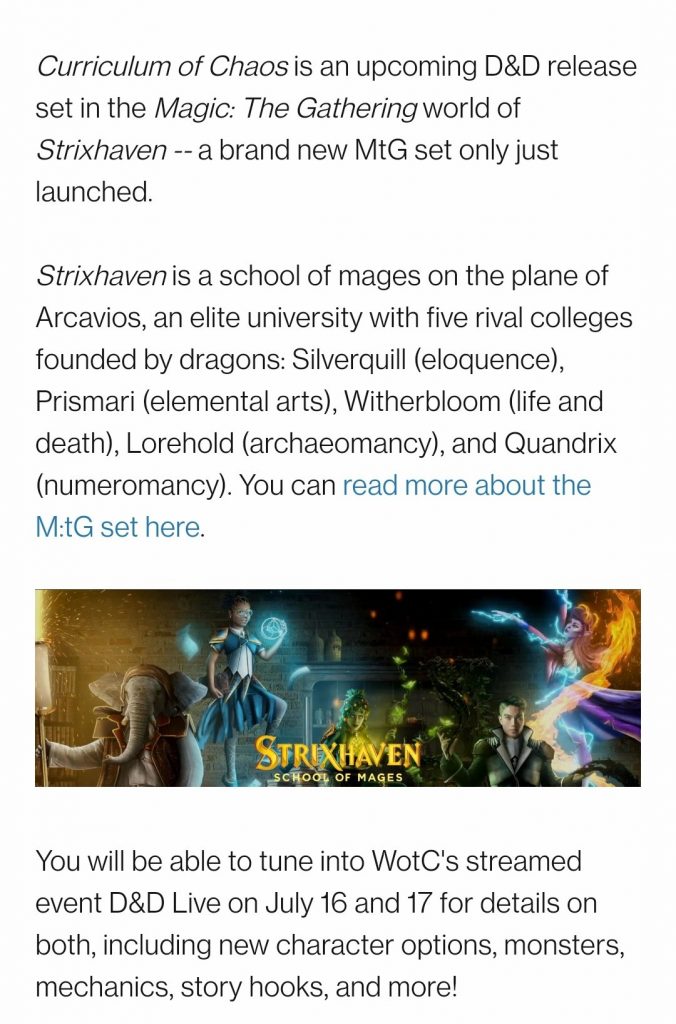 Transcript of the leak reads:

Curriculum of Chaos is an upcoming D&D release set in the Magic: The Gathering world of Strixhaven. — a brand new MtG set only just launched.

Strixhaven is a school of mages on the plane of Arcavion, an elite university with five rival colleges founded by dragons: Silverquill (eloquence), Prismati (elemental arts), Witherbloom (life and death), Lorehold (archaeomancy), and Quandrix (numeromancy).

You will be able to tune into WotC’s streamed event D&D Live on July 16 and 17 for details on both, including new character options, monsters, mechanics, story hooks and more!

The 2nd product leaked is an image of The Wild beyond the Witchlight – A Feywild Adventure. Not much info given with this aside from it being a wickedly whimsical adventure for the world’s greatest roleplaying game! 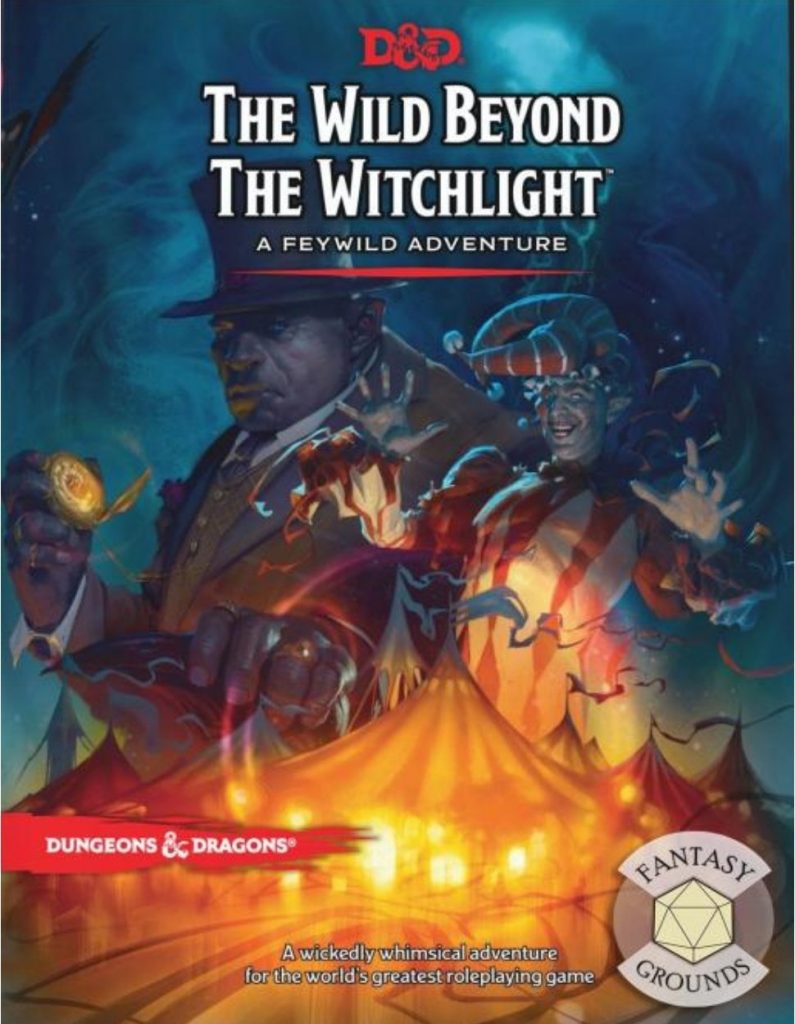