With the Transformers TCG there was a new faction introduced, the Mercenaries. This faction was specifically created for the TCG, and served mainly a mechanical purpose, as Mercenary characters were able to be used by both Autobots and Decepticons.

I was thinking a bit about this today, and started wondering if canonically there ever was an official third faction, or maybe even more factions within the Transformers universe? Now the TF Universe is big, with many series, movies, comics, books and whatnot. It might be hard to figure out what exactly is canon and what not. I will give it a go anyway.

During my search I found many additional factions were added in the past years. I have made a list of summaries for each faction below. Trying to describe their goals and origins briefly. Here we go, in alphabetical order… 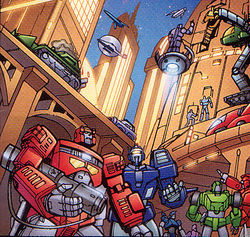 With a few exceptions, the Cybertronians have a fairly uniform appearance: They color themselves in green and silver with the occasional yellow highlight, and like proper villains, they have a thing for spikes, horns and skull motifs. The Cybertronians are created through a mitotic process called budding. This process slowly creates emotionally detached Transformers, prone to violence and a hatred for other forms of life.

The D-Void is a mysterious dark entity that resides within the shadows of the Dead Universe and is the personification of it. A mass of eyes and black tentacles, this creature seeks to devour the life of entire worlds in order to satiate its hunger, but is unable to leave the Dead Universe without outside help. It is described as being an unbelievably powerful being with the capacity to return the spark to a deceased Transformer, control the minds of robotic beings and drain energy from Cybertronians to feed on them.

The Esk clones are a nomadic alien race, originally hailing from the planet Eskabar, a robotic planet owned by the Vestial Imperium. They appear mechanical and are presumably clones.

Ethosians are one-eyed, tentacled beings with translucent skin that reveals their inner organs. They inhabit the planet Ethos, a unique, peaceful planet of cybo-organic brain cultures and self-regulating liquid computers. It has an atmosphere alive with neural energy and pure thought, or at least it did until the planet fell into the sights of the Cybertronian Empire.

The Jabbi-Ko are an alien race who live on Jabbio-Koratus. Sometimes Transformers use their technology to build ships.

The Knights of Cybertron are a mythical group that existed on the planet Cybertron. In the present day, they have disappeared, leaving little trace of their existence behind. 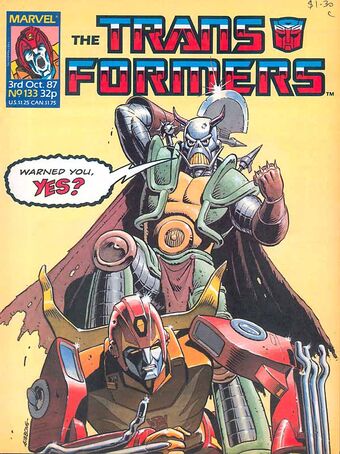 As stated above, the Mercenaries were a faction created specifically for the Transformers TCG by Wizards of the Coast.

Although technically not Mercenaries, I think some “characters” might fall in this catagory

Nebulans (or Nebulons) are the inhabitants of the planet Nebulos. They have found themselves involved with the Transformers in several different dimensions within the multiverse and are usually responsible for or deeply involved in the Headmaster, Targetmaster, and Powermaster technologies. The Nebulans were a race of humans that had lived without war for thousands of years on their home planet of Nebulos. That peace was disrupted when a group of Autobots arrived seeking to relocate from their own war-torn world of Cybertron.

The “Nucleon guardians” were once normal Hydrusian mechanoids, albeit ones stricken by grave ailments. But there was hope for them. A new substance was discovered on the island of Farooth, which was said to be capable of healing any robot lifeform. This substance was christened Nucleon, and the three robots would be the first patients of the medi-center erected on the island.The medi-center was soon abandoned when the first three patients went mad due to the Nucleon and killed all of the personnel.

Sparkeaters are powerful and monstrous predators, so rarely seen that they are largely believed by Cybertronians to be mythical. As such, mere mention of them can invoke a sense of supernatural terror even among battle-hardened warriors. Little is firmly known of their habits or origin, but it is apparent that multiple denizens of Cybertron possess the capacity to become one of these unfortunate, cannibalistic creatures. Tracking the intensity of their prey’s spark energy, they are able to immobilize and kill Transformers without making physical contact, through powers that seem to defy conventional explanation. Once consumed, the sparks linger in their abdomens and are slowly digested.

While not truly a faction on itself, it is rumored that The Swarm is involved with the creation of The Vok.

The Swarm is created as a byproduct of budding, the ancient procreation method used by Transformers which lead to the creation of the Cybertronians. The Swarm is an amoral entity that devours anything in its path, with a preference for robotic life such as Transformers. The Swarm was later redeemed after eating Optimus Prime and the Matrix. 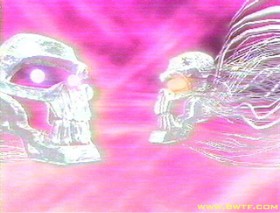 The Vok are mysterious energy-based alien creatures who developed prehistoric Earth towards their own designs. The Vok are dedicated to “the Project”, which consists of enigmatic, sometimes contradictory plans for the planet.

Well, I certainly went down the rabbit-hole I did not expect to find. There are many, many races, factions and entities in the Transformers universe(s). Way too many for me to dedicate time to in this article. Listed here is only just the tip of the iceberg. I’m sure to be digging out more in a future article, as this was quite the fun 🙂