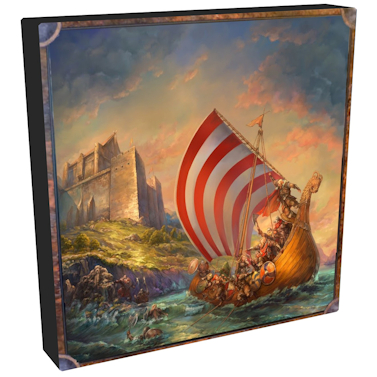 Since 2015, players around the world have battled for glory in Champions of Midgard with friends and family. They’ve taken down trolls and sailed across the seas to fight epic monsters with viking warriors at their side.

Reavers of Midgard is a single worker placement game set in the Midgard universe, designed by J.B. Howell with art by Yaroslav Radeckyi. In the game, players will recruit veteran fighters, draft viking warriors, upgrade their ships and sail off to raid villages and keeps in order to bring home the spoils of battle. Oh, and don’t forget about that pesky troll, who’s wreaking even more havoc on the village this time.

Reavers of Midgard is expected to launch on Kickstarter sometime in the middle of 2018.